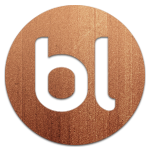 book 2:  beyond the black sea

The Council is broken but not destroyed. Wisdom, an immortal sorcerer, uses ancient Atlantean technology to break into the Black Sea, a dark prison dimension. He leads a team to stop an army of demons from invading Earth. A second squad – a pyrtotech, a telepath, and a mercenary – races to stop the activation of an alien device that will weaken the barriers between dimensions and transform the world.  The end is closer than anyone suspects.

“It is hard not to be in awe of this book that so effortlessly combines so many great ideas. Murphy delivers classic scifi and fantasy fare.”
Christoph Fischer, Author of The Three Nations Trilogy


“If you like your fantasy fresh, fun and with a side of weirdness, check out Beyond the Black Sea.”
Jim Roberts, Author of The Code of Wars series 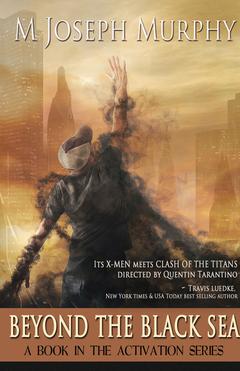 There is a dark world, hidden in plain sight, filled with vengeful djinn and shadowy demons.

The Council of Peacocks, a group of ruthless wizards, has plans for the human race. For centuries they have plotted and schemed. Now, the moment of Activation draws near.

Wisdom, an immortal sorcerer, has gathered a band of hybrid youths with extraordinary powers. They are trained to stop the Council. But there’s something that Wisdom doesn’t know.

The Council is no longer working alone.

If Wisdom and his students cannot stop The Council, the world as they know it will cease to exist.

This is the first installment of the Activation Series. Grab your copy now. 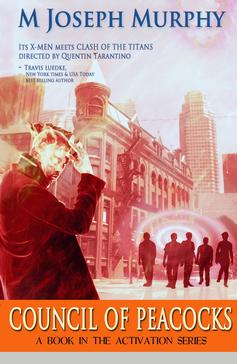 It began with an explosion. Yesterday, Travis Froese activated an alien device that transformed the world. Atlantis has risen. A demon army spreads across Europe. And Earth plunges into chaos.

Now Travis must master his new fantastic powers to escape an invasion of monsters. Meanwhile, his cousin, Josh Wilkinson, heads to a secret military base run by the Illuminati. The Activation may be over but a larger threat is coming: Interstellar War.

The final book in the explosive Activation series. 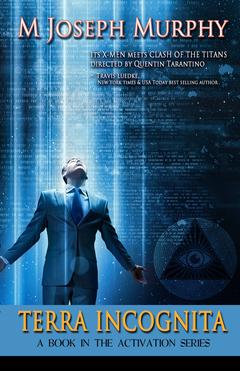